A number of additional Salyuts were produced, as backups or as flight articles that were later canceled. The U.S. Space Station Freedom program, which, despite being under development for ten years, was never launched, instead evolving into the International Space Station The Soviet/Russian Mir-2 station, which was never constructed, had some of its elements incorporated into the International Space Station. The Industrial Space Facility was a station proposed in the 1980s that was to be privately funded. The project was canceled when the company created to build it,Space Industries Incorporated, was unable to secure funding from the United States government. The European Columbus project planned to create a small space station serviced by the Hermes shuttle. It evolved into the ISS Columbus module.

Ready to take your business viral? Harness the power of social media with our extensive social media course. Everything from Twitter and Facebook to blogging, social media automation, G+ and content marketing. Social Media Marketing describes “an interdisciplinary and cross-functional concept that uses social media (often in combination with other communications channels) to achieve organizational goals by creating value for stakeholders.”. Companies address several stakeholders through social media marketing including (potential) customers, (potential) employees, journalists, bloggers and the general public. On a strategic level, social media marketing includes the management of the implementation, governance, scope (e.g. more active or passive use) and the establishment of a firm’s desired social media culture. This requires marketers

PHP code can be simply mixed with HTML code, or it can be used in combination with various templating engines and web frameworks. PHP code is usually processed by a PHP interpreter, which is usually implemented as a web server's native module or a Common Gateway Interface (CGI) executable. After the PHP code is interpreted and executed, the web server sends the resulting output to its client, usually in the form of a part of the generated web page; for example, PHP code can generate a web page's HTML code, an image, or some other data. PHP has also evolved to include a command-line interface (CLI) capability and can be used in standalone graphical applications. The standard PHP interpreter, powered by the Zend Engine, is free software released under the PHP License. PHP has been widely ported and can be deployed on most web servers on almost every operating system and platform, free of charge.   Despite its popularity, no written specification or standard existed for the PHP language until 2014, leaving the canonical PHP interpreter as a de facto standard. Since 2014, there is ongoing work on creating a formal PHP specification.   During the 2010s PHP as a platform has matured significantly largely by influence from other software communities and projects such as Npm. In addition to standard library improvements, the work of PHP-FIG in the form of PSR-initiatives, Composer dependency manager and the Packagist repository have been a significant factor in this. 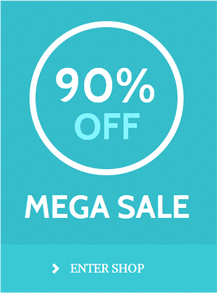